Bracco's main factory in Italy was built according to a key principle: do not use greenfield land
Read story

The redevelopment of an industrial archeological site of rare beauty from the early 1900s, the rediscovery of an area for environmental and manufacturing purposes, a video and photography documentation project recounting the birth of a technologically cutting-edge factory: all of this is part of the impressive restoration of Torviscosa carried out by the Bracco Group from 1999 to 2002 and told in the book Diario di bordo (Logbook), curated by Moreno Gentili.

The Torviscosa buildings restored by Bracco already had a long history behind them. They were commissioned in the 1930s by then-President of Snia Viscosa, Franco Marinotti, to help make Italy independent of the major industries from northern Europe from the standpoint of essential raw materials such as cellulose. The urban planning project, entrusted to the celebrated architect Giuseppe De Min, included beautification of the swamps to allow for not only a factory but an entire workers’ village with large areas for sports, a theater, recreational activities and the social life of the employees.

Following the destruction caused by the war and a turbulent period of business troubles, the site was gradually abandoned. At the end of the 1990s, the Bracco Group chose this area to create a new and modern facility capable of supplying markets. The imperative was to avoid consuming greenfield land, and instead use a pre-existing site, or brownfield land, utilizing local technical know-how and skills. This major restoration project provided the chance to reconstruct the buildings internally, without altering the historically valuable external architecture.

This is how Spin came to be: a modern 4.0 facility situated in a strategic area – not only because of its location in the heart of Central Europe, but also because of the long-established tradition of knowledge and expertise in chemistry in the Friuli-Venezia Giulia region. Today, Bracco’s facility in Torviscosa is both a global model for sustainable manufacturing and respect for the environment as well as an example of industrial archeology which is among the best in Italy and had the honor of being chosen by the 2012 Biennale of Architecture in Venice as a symbol of positive “osmosis” between industry, its community and the environment.

This project especially represents a winning outcome for Italian chemistry and a positive example for our country on how to marry development and sustainability.

Sustainability also means not using up new land: Bracco’s exemplary use of the brownfield site of Torviscosa.
An Industry 4.0 factory housed in an architecturally intriguing building from the 1930s designed by Giuseppe De Min.
Browse through the gallery of this story
Documents and images from the Bracco Historical Archives 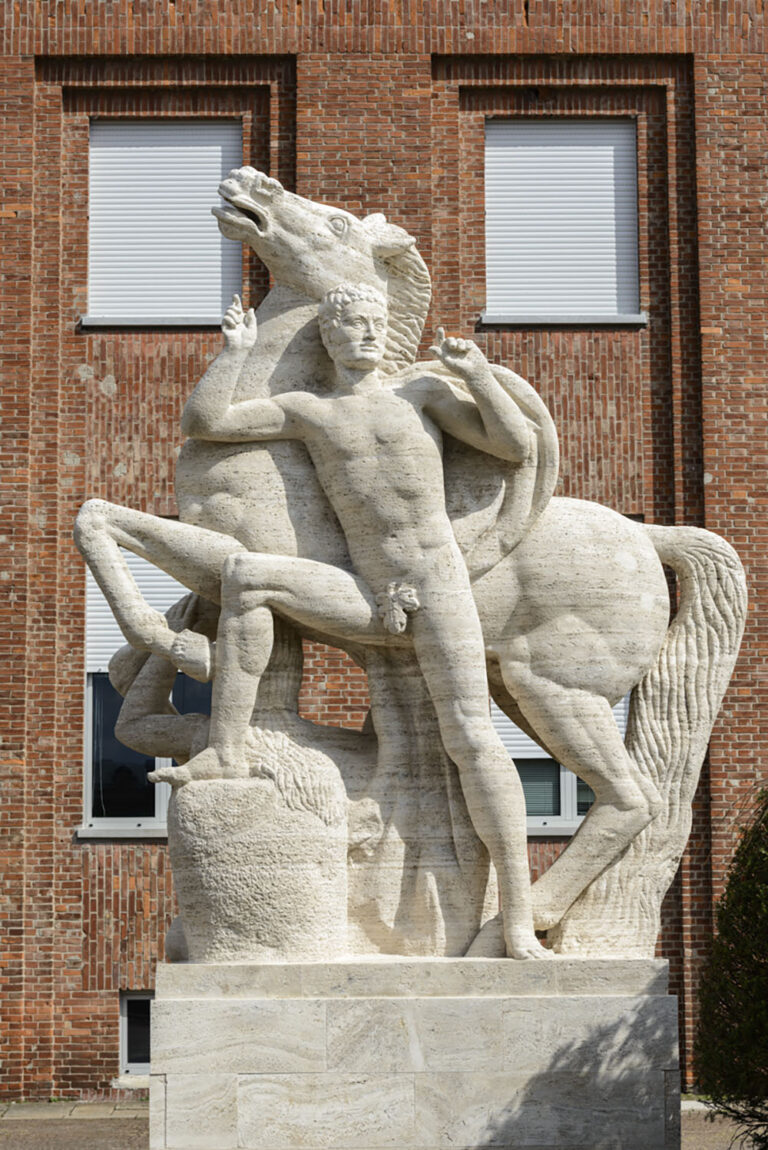 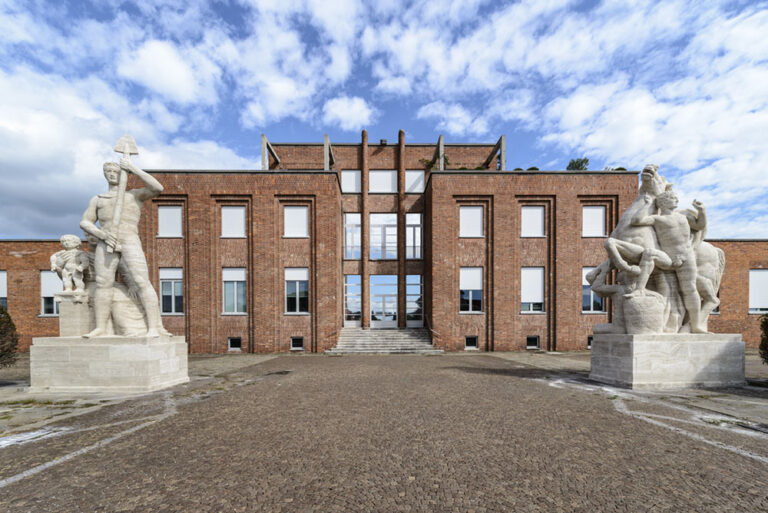 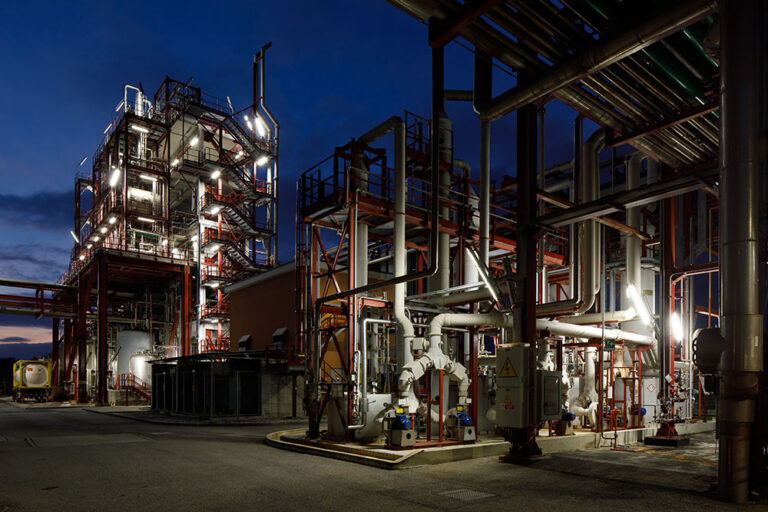 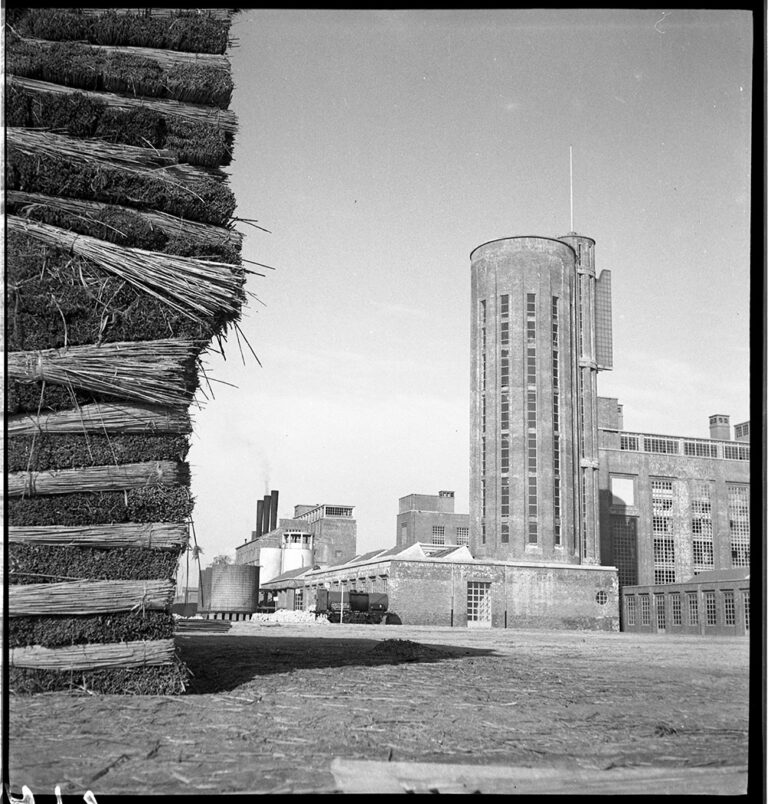 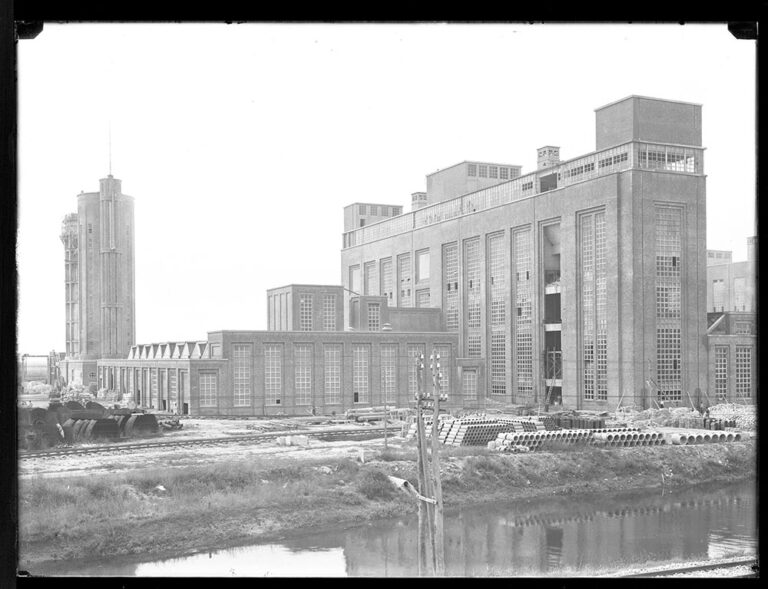 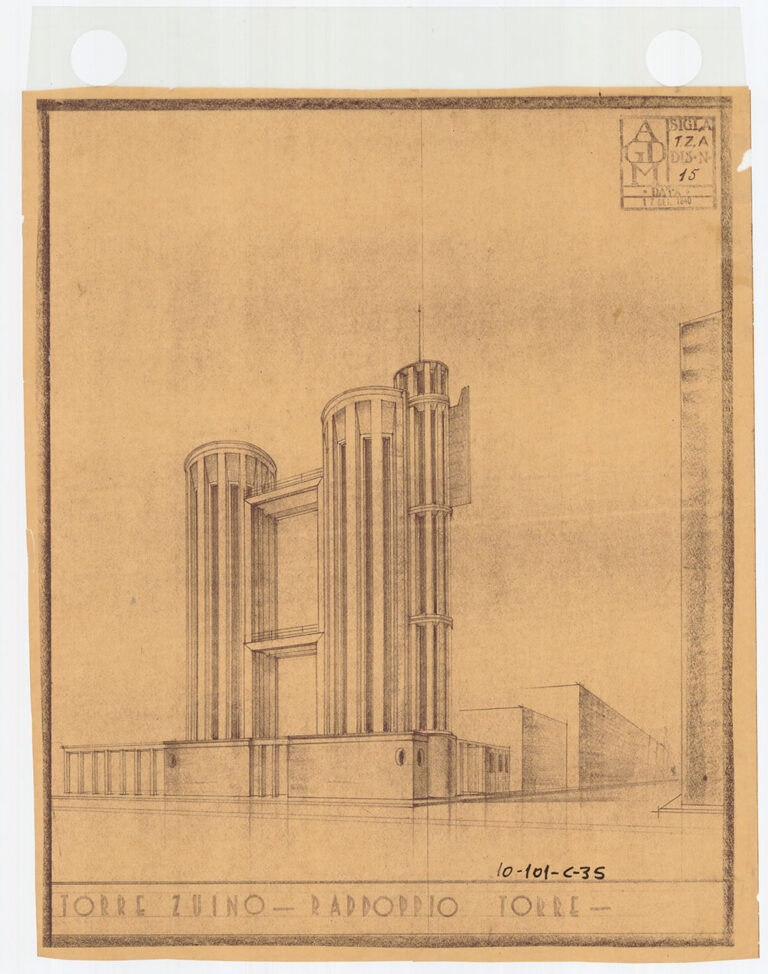 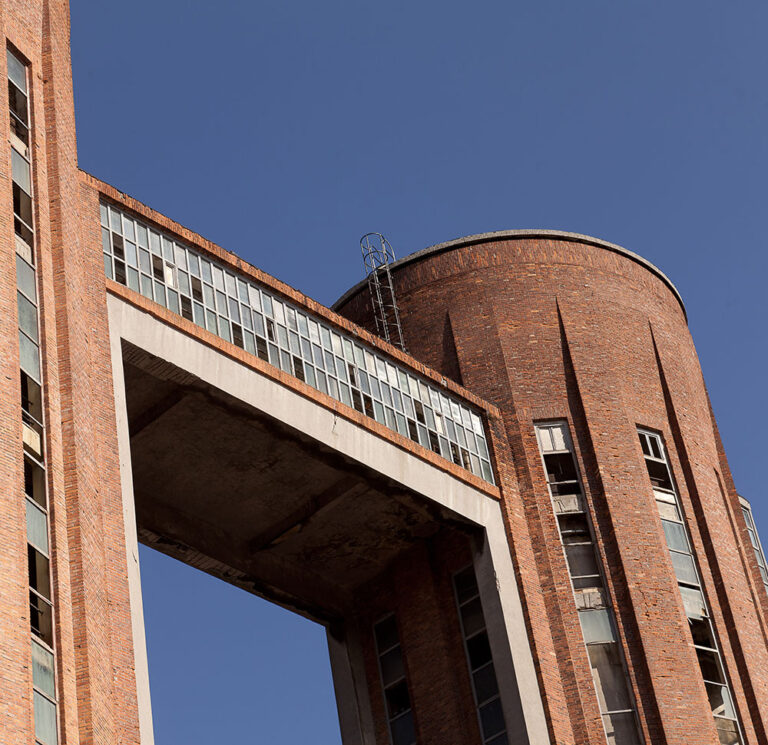 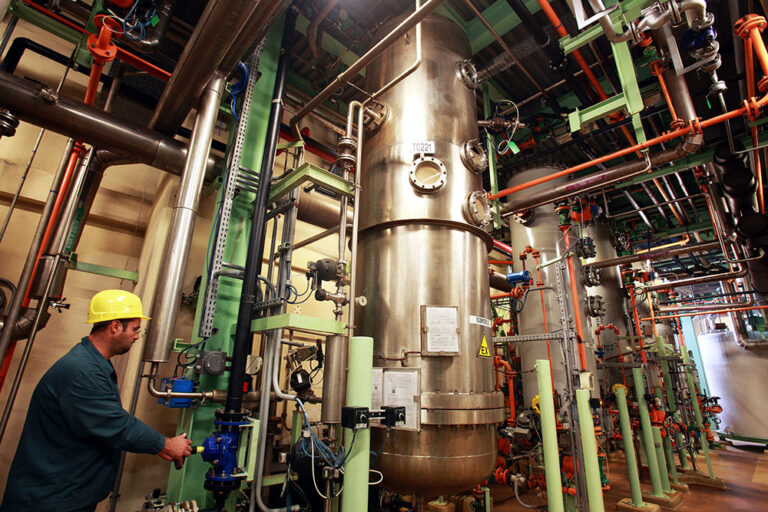 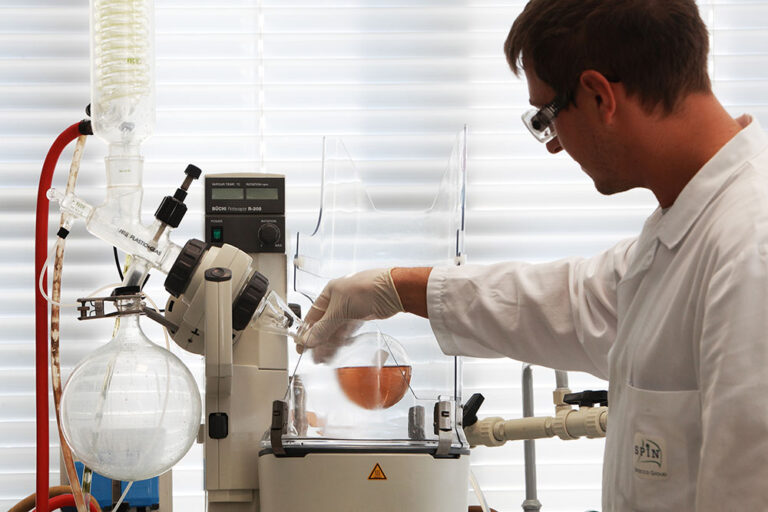 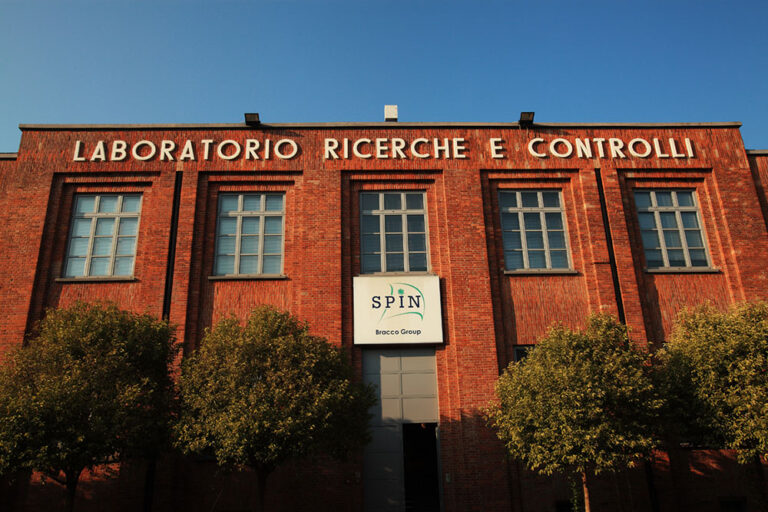 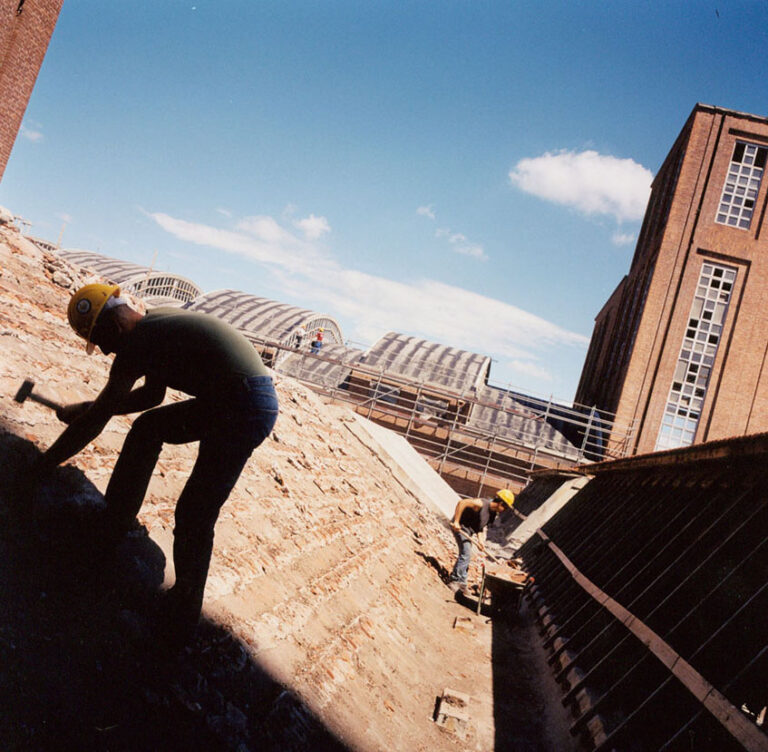 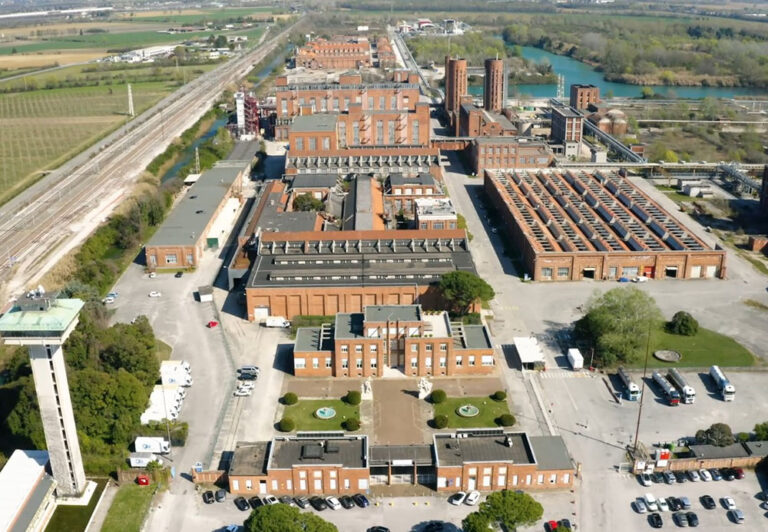 Show other stories of Sustainability